San Francisco by way of Beijing and Chicago. Originally a sculpture major at CCA(C), defected to economics and accounting, but returned to creating things, usually web sites, culminating in spending a stint at Hack Reactor. Now thinking in code and computers, and still crafting beautiful things for you and your mum.

Location-based messaging app. Worked on the back-end to to authenticate users and send/receive messages using Node.js/Express and Mongoose/Mongo. Image storage utilised Microsoft Azure and push notifications were done with Apple Push Notification Service. Project was developed and tested with a two other Hack Reactor teammates and finished in the span of two weeks. Now in the process of deploying it to the App Store. 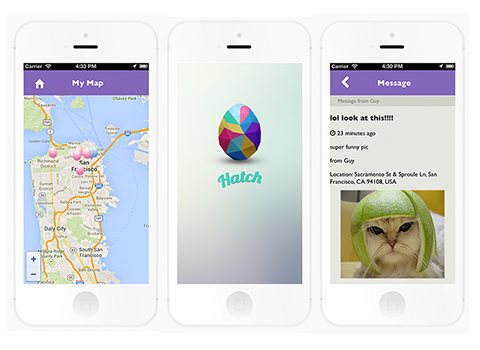 D3? Yes please. Personal project dealing with the Nextbus API and exploring a better interface to show transit times for users. Future plans include finding bus stops closest to a user and eventually predictive analytics based on past Muni data. 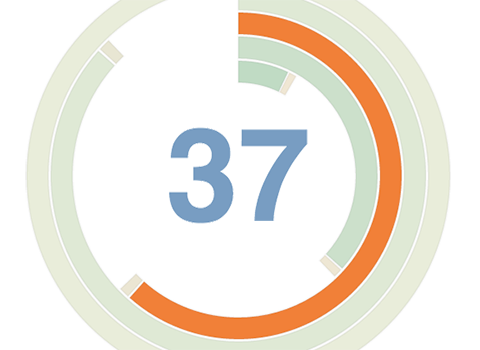 How's your geography? A Meteor game built with Guy Morita in a day. Grab a few friends and try your knowledge here, or here 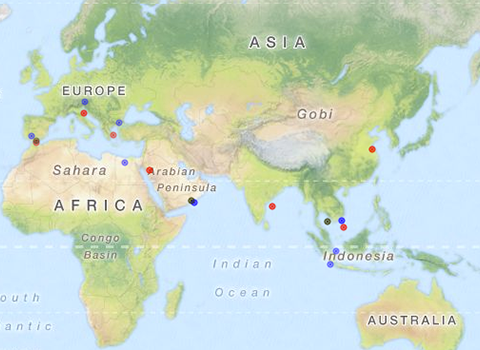 D3-powered interface to intuitively display which restaurants are currently open. Started as a problem to parse CSV files in JavaScript and evolved into a D3 side-project. Looking to interface with Yelp, but their API doesn't provide store schedules, in the process of scraping dat data. 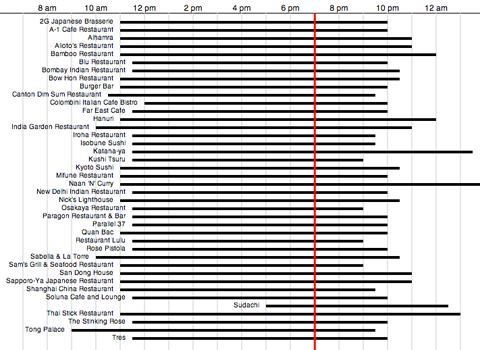